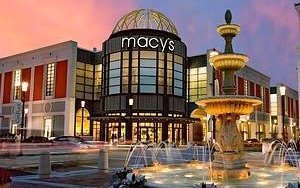 With the holiday selling season safely in the books — and gains at the higher end of its initial forecasts — Macy’s is shaking its strategy up. The retailer says it is restructuring its marketing and merchandising game by combining store and online operations, and that it is also exploring an off-price format for its flagship brand.

The Cincinnati-based retailer says the changes are meant to sharpen its focus on digital strategies. “Our business is rapidly evolving in response to changes in the way customers are shopping across stores, desktops, tablets and smartphones,” CEO Terry J. Lundgren says in its announcement. “We must continue to invest in our business to focus on where the customer is headed – to prepare for what’s next.”

While the changes include layoffs of some 2,200 people, it expects to keep its workforce at about 175,000 associates, as it creates a single, unified merchandising and marketing organization, which will be a hybrid of store and online shopping that “will support the entire Macy’s business to encourage both store and digital growth,” the announcement says. (The same is true for its Bloomingdale’s division.) And this year, it expects to add 150 people to its digital tech operations in San Francisco.

It also says it has put together a team to explore an off-price business for Macy’s. “The company believes that Macy’s omnichannel infrastructure and insight could lead to innovative ways to deliver value to additional segments of the customer marketplace,” it says.

For the combined period of November and December, Macy’s says comparable-sales climbed 2.7%, compared with the prior year.

It isn’t the only retailer bragging about the holiday: Target says its holiday period broke some records, including online sales for Thanksgiving and Cyber Monday, up 40% from 2013; a 60% gain in mobile traffic through November and December; and double the number of Black Friday purchases made on mobile.

And Gap Inc. says it is “very pleased” with its Old Navy brand’s global performance, which saw sales rise 8% in December. But sales were flat at Banana Republic, and up just 1% at its flagship stores in the U.S. Sales at international Gap stores dropped 5%.