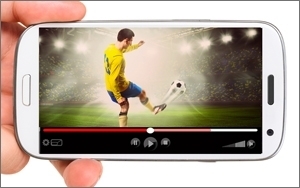 Sales and rentals of home entertainment continue to suffer, while the digital electronic business continues to grow.

MoffettNathanson Research says that while the decline was modest, more consistent declines could become more of a trend. Physical sales steepened in their descent -- now down 11% to $6.9 billion, following their 8% decline a year ago. Physical rentals of home entertainment were off 14% to $3.3 billion, following a decline of 12%.

MoffettNathanson says the greatest exposure to further declines in the home entertainment business is with Time Warner, where it gets 10% of its overall revenues; 21st Century Fox at 8%; Viacom, 6%; and Walt Disney, 4%.

The fourth quarter -- the most important business time period due to holiday season activity -- was down 4% to $5.3 billion. With physical sales down nearly 16% to $2.3 billion and total digital 16% to $2.1 billion.