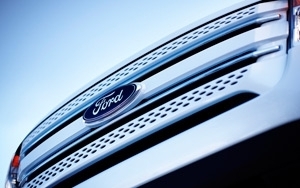 Ford won big in IHS Automotive’s yearly Loyalty Awards, taking trophies both at the manufacturer level, and brand level — for the Ford division. At this week’s Automotive News World Congress in Detroit, IHS handed out 33 awards in all, based on how loyal a manufacturer, brand and specific models’ customers are, broken into eight categories. The company based the rankings on analysis of vehicle registration of 2014 model year vehicles.

IHS says the awards, which include categories like loyalty by ethnicity, most-improved loyalty, and highest conquest rate, are based on analyses of some16.5 million new vehicle registrations between Oct. 1, 2013, through the end of September last year. The research company says it derives loyalty numbers by discerning whether a household that owns a new vehicle purchased or leased that new vehicle from the make, model or manufacturer of the vehicle it replaced.

In addition to its manufacturer and brand trophies, Ford grabbed a statue for leading the field in loyalty among African-American consumers. Toyota's eponymous division won two awards for being the auto brand with the most loyal Hispanic and Asian-American owners.

Luxury performance brand Maserati won for having the biggest improvement in loyalty, and for enjoying the highest conquest rates as a percent of registrations. Lexus was awarded by IHS for demonstrating the greatest improvement in conquest numbers.

In the luxury category, Mercedes-Benz had the most loyalty winners. It has the top Mercedes-Benz mid-size car with E-Class; the top compact crossover with GLK; mid-size SUV with G-Class; and full-size sedan with S-Class.

Though it is short in the tooth as a nameplate, Lincoln MKZ earned top loyalty honors in compact cars; Corvette was the top luxury sports car. Maserati's Gran Turismo was the exotic car with the most loyal owners, per IHS. The elephant missing from the room was BMW, nowhere represented.