ROI Rising As Brands Sink 24% More Of Their Budgets Into Paid Search, Per Report 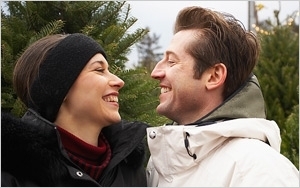 Return on investment rose as revenue outpaced the rise in spend by brand advertisers across the Americas on Google and the Yahoo-Bing Network.

The results -- released in Kenshoo's fourth-quarter report, based on their clients' activity -- for search advertising suggest that marketers spent and received in return the highest levels of investments during the past five quarters in Q4. Ad spend rose 24% year-on-year, while revenue jumped 16%, year-over-year, per the report.

Consumers engaged more with ads as well, per Kenshoo. In the Americas, click-through rates rose 7% compared with the year-ago quarter. Clicks rose 9% as ad impressions remained stagnant, rising about 2%. Costs per click rose slightly -- about 6% -- compared with Q4 2013. The average CPC fluctuated between $0.60 and $0.70.

CPCs across all devices rose, but smartphone clicks came in at about $0.61 compared with desktop at $0.71. The cost for clicks on tablets came in at $0.67.

Search marketers in EMEA drove as many clicks in Q4 2014 as they did last year with 23% fewer impressions, reflecting optimized campaign strategies addressing keywords, creative, and bids.

Mobile comprises one-third of both clicks and spend for search in EMEA. Tablet search ads consistently have higher cost-per-click relative to mobile phones and saw less of a decrease in Q4 during the previous quarter, per Kenshoo clients.

The overall data is from more than 6,000 Kenshoo advertiser and agency profiles across 17 vertical industries and 51 countries, spanning the Google, Bing, Baidu, Yahoo, Yahoo Japan and Facebook ad networks. Only accounts with five consecutive quarters of stable data from October 2013 through December 2014 were included in the analysis. The resulting sample includes more than 425 billion impressions, 6 billion clicks and $3.75 billion (USD) in advertiser spend.