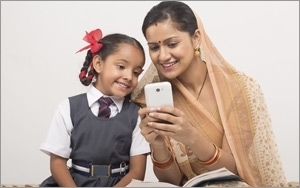 As part of its emerging market strategy, Twitter has agreed to buy Bangalore-based mobile start-up ZipDial. Specializing in what is commonly referred to as “missed-call marketing,” ZipDial helps consumers and brands connect in developing countries.

“Through ZipDial, it’s easy to engage with a publisher or brand by making a toll-free 'missed call' to a designated phone number,” Christian Oestlien, vice president of product at Twitter, explains in a blog post. “The caller will then begin receiving inbound content and further engagement on their phone in real time through voice, SMS or an app notification.”

Financial terms of the deal were not disclosed, but based on reports that the deal cost Twitter about $30 million, analysts don’t think it says too much about the company’s priorities. “$30 million is almost 'nothing' to a company like Twitter," said Julie Ask, principal analyst at Forrester Research. That is “small enough that there wouldn't have to be a ton of thought put into it. The combination of lower-cost services plus voice-delivered services is good,” Ask said of ZipDial’s offerings.

Twitter has worked with ZipDial on a number of efforts, including the Indian elections, Bollywood film promotions and @MTVIndia’s #RockTheVote “Dial the Hashtag” campaign.

Mobile penetration is clearly on the rise in emerging markets, with tech giants and marketers increasingly leading the charge.

Twitter rival Facebook has been particularly aggressive in its pursuit of consumers in emerging markets. In 2013, the social giant rolled out its Internet.org initiative with the stated goals of bringing affordable Web access to the developing world, and aiding the company’s long-term growth strategy.

Consumers in emerging markets can’t seem to get enough of social media. According to findings from Upstream, 82% of consumers in these regions put a premium on social media access.

Twitter CEO Dick Costolo has expressed his displeasure with the pace of product development at the company. While insisting that Twitter remains on the right track, Costolo recently told analysts that it is “more critical than ever that we increase the pace of [product and idea] execution.”