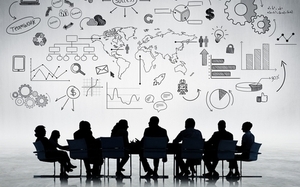 Twitter has been the don of real-time marketing, but Facebook is taking the microblogging site head on this year.

Facebook is “taking a page from Twitter’s playbook,” reports Reuters, and will sell ads “that target people based on what they are talking about in real-time” during this year’s Super Bowl.

“These include video ads that will play automatically on Facebook's newsfeed, triggered by key words that members mention in their posts as they watch the American football game on Feb. 1,” writes Reuters.

On Twitter's front, Reuters notes that brands are teaming with the social media site to staff "war rooms." Reuters says 13 brands will be doing so this year, triple the amount that worked directly with Twitter last year.

“Staffers at the 13 companies will monitor social networks during the game and pump out videos, tweets and graphical ads,” the article reads. “Some companies will have lawyers on hand to approve the spots.”

The “lawyer” part shouldn’t be overlooked. Remember the Duane Reade tweet that caused Katherine Heigl to file a lawsuit against the drugstore?

Reuters notes that PepsiCo and Anheuser Busch will be among those with “war rooms” for this year’s Super Bowl -- a melodramatic term if you ask me -- but they will be far from the only brands attempting to take a piece of the pie.

And quirky though it may be, the “war room” is no cheap trick.

In fact, I’ve heard that some brands will be spending nearly seven figures -- and probably more -- to fuel their real-time marketing efforts for this year’s big game.

That may pale in comparison to a $4.5 million 30-second spot on TV, but a million bucks is a million bucks, and it’s money that wasn’t being spent this way a couple of years ago.

Real-time marketing has not been all the rage of late, at least not the way it once was, but it's clear that some brands are taking it seriously for this year's Super Bowl.

There’s little doubt it will grab some headlines come Monday morning. The question is: Will actual consumers care -- like they seemed to with Buffalo Wild Wings at last year’s Super Bowl, or with Snickers during the 2014 World Cup -- or will it just end up being a bunch of marketing people patting themselves on the back, à la Oreo?