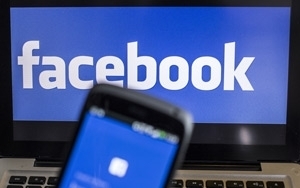 Once again beating analyst estimates, Facebook on Wednesday reported fourth-quarter earnings of 54 cents per share — up 69% from 31 cents a share year-over-year. Revenue for the quarter increased 49% to $3.85 billion from $2.59 billion during the same period last year.

“It’s been a good quarter,” Facebook CEO Mark Zuckerberg said during the company’s earnings call on Wednesday. “Our community continues to get stronger.”

As Zuckerberg noted on Wednesday, Facebook is increasingly seeing a shift towards visual content. "This is going to be one of the big trends over the next three to five years."

For example, the amount of video shared by users and brands has increased more than 300%, over the past year, while the number of video posts per U.S. consumer has increased nearly 100%, according to fresh internal figures. On an average day, about 3 billion videos are now viewed on Facebook -- up from about 1 billion a day.

“We are convinced that Facebook will launch a competitor to YouTube and will attract and organize more and more user-generated video content,” Macquarie Securities analyst Ben Schachter predicted in a recent report.

Facebook’s domestic rate of growth appears to be leveling off, according to the latest survey of social media use by the Pew Research Center.

Yet, analysts say the social giant is well positioned for the next year. “Facebook remains our favorite name in the [Internet advertising and digital marketing services] sector,” Brian Wieser, a senior analyst at Pivotal Research Group, explained in a recent note to investors.

“Facebook can point to a wide range of factors which will sustain growth through 2015 and beyond, as increasing share of spending from small businesses and large brands alike, as well as ongoing improvement in focus on performance-based marketers, will all help to sustain rapid growth,” Wieser noted.

During the fourth quarter, Facebook officially moved into the workplace with the launch of a Facebook at Work mobile app and desktop extension. Still in beta, the app and Web extension are primarily designed to help business colleagues more easily connect.