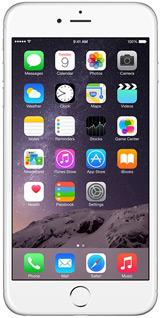 Just as Apple reported stellar sales of the iPhone 6 and especially iPhone 6 Plus in the last quarter, it's not coincidental that Adobe also reported substantial increases in mobile ad performance. In its Advertising Benchmark Report, Adobe found that smartphone click-through rates had risen 26% year-over-year, while tablet CTRs were up 27%. This is compared with desktop CTRs, which rose only 18%.

Some of this rise, of course, is just from the growing confidence among mobile users that a click-through will get them somewhere on a device. Interestingly, CPCs were up only 6% on smartphones and 5% on tablets, suggesting increased efficiency. Adobe also notes that programmatic buying tools across the platforms are helping buyers optimize.

Also contributing to mobile’s rising ad effectiveness is screen size. An Adobe spokesperson told VentureBeat that tablets' traditional ad performance advantages and conversion rates are understandably migrating to larger smartphone screens. Adobe says it expects the value of a click to increase on mobile platforms as smartphone screen sizes increase. Retail conversions go up as the display gets larger.

For this iPhone 6 Plus user, the bigger screen has simply reduced fat-finger syndrome considerably. I am now able to actually hit even those diminutive close buttons with ease.

Of course this is only true when the damned ad scales properly. What the elastic smartphone screen experience still lacks is equally elastic ad units. Many ads served from the exchanges look like unscaled mobile ads on a tablet when they appear on the 6 Plus. We are still suffering poorly scaling creative, and even poorer creative.

To be sure, larger screens help increase basic ad-performance metrics. But there is still a lot of work to be done here. Ad exchanges and many publishers simply have not stepped up to the reality of truly variable screen sizes. Until that happens, advertising on mobile will continue to look and feel more amateurish than serious to the common consumer.