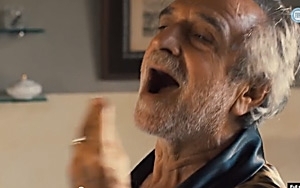 Automotive brands ran some quirky advertisements during the Super Bowl. Some might even say they tried to pump up performance, but ran out of steam. The Fiat commercial features an aging couple preparing for sex. The man tries to tap the power of the little blue pill, but some might question whether the topic resonates with the car's targeted age group.

The Fiat commercial traces the path of a little blue pill that an Italian man accidentally loses as he tries to pop it into his mouth. The pill, meant to signify Viagra, bounces around an Italian village and eventually lands in the gas tank of a Fiat 500. The two-door mini-car grows to the size of the four-door 500X powered by the little blue pill, but some question whether the targeted demographic gets the metaphor.

After the ad ran during the Super Bowl, Twitter lit up with a variety of tweets related to the commercial. AriannaHuffington tweeted "Best use of erectile dysfunction in a car ad ever," while JoeMyGod ‏tweeted "It should go without saying that the use of amyl nitrates while driving a Fiat is not recommended."

"What will people walk away with after seeing this Fiat ad," asked Derek Rucker, professor of marketing at the Kellogg School of Management at Northwestern University. "Halfway through watching the ad and I'm not even thinking this is a car advertisement."

Emotion played a big role in this year's Super Bowl ads. By measuring changes in consumers' emotional reactions to brands after their Super Bowl TV spots, Networked Insights shows the advertisers that made the best connections with consumers following their investment. Fiat came in No. 9 on the list.

The emotion data go beyond simple sentiment and help brand managers and agency execs identify the specific touchpoints in their messaging that worked. Where possible, Networked Insights included the conversation drivers that instigated the reaction.

Nissan, another miss when it came to delivering a clear message, came in at No. 25 on Networked Insights' scale.

The Nissan TV spot attempted to tell a story, but lost the focus on the brand. "The message became more about the story and less about the brand," Rucker said. The music was very emotional, which made the ad more about greater parental issues, rather than buying cars or even connecting fathers with sons.