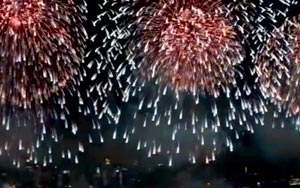 Yahoo continues to inch up in search market share at the expense of Google's decline. Google's share of U.S. searches, excluding mobile, dipped below 75% for the first time since July 2008, with Yahoo overtaking Bing as the second-largest search engine in the U.S., when counting desktop, console, tablet and smartphone queries, per research released Monday.

Numbers from StatCounter Global Stats show Yahoo’s deal to take over as the default search option on Firefox continues to be lucrative. StatCounter reports that in January Google took 74.8% of U.S. search referrals, followed by Bing on 12.4% and Yahoo on 10.9%, its highest U.S. search share for more than five years.

Firefox users generated 14% of U.S. Internet usage in January according to StatCounter, whose main business is to provide independent website analytics, including a free option.

The stats identify an important increase in Yahoo's market share, especially because the company will likely make a play to take over the default search on Apple's Safari browser. It's clear that Apple didn't initially think of Internet search when the company began to develop products.

Last month at the National Association for Music Merchants show in Anaheim, Apple co-founder Steve Wozniak barely mentioned the topics of search engines and ecommerce during a keynote with NAMM CEO Joe Lamond. In fact, when it comes to music, Wozniak would rather spend time in the store touching, listening and feeling the musical instruments.