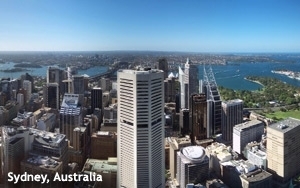 Dentsu Aegis Network has expanded its Australian holdings with the purchase of a majority stake in BWM Group, a Sydney-based independent agency. Terms call for Dentsu Aegis to acquire 51% now with options to acquire the remaining 49% stake from  the BWM management team in the next several years.

The price wasn’t disclosed although a local report noted that the agency had been majority controlled by Naked Communications’ Australian parent Enero up until 2012, when agency founders Rob Belgiovane, Paul Williams and Jamie MacKay bought back the stake for $7.5 million.

The three founders will continue in management roles with the agency, founded in 1996 and which will be renamed BWM Dentsu and become part of Dentsu Australia, the firm’s flagship agency on the continent. Clients of the agency, which has about 140 staffers, include Presto, Kmart and Alfa Romeo.

Nick Waters, Asia Pacific CEO at Dentsu Aegis said the acquisition “is a major strategic step which adds a highly complementary business to our group in Australia…By working alongside each other as one cohesive team we have the opportunity to create further advantage for our clients and our business.”

According to Dentsu, BWM had gross profits of nearly $21 million in 2014. Australia is the third largest ad economy in the Asia Pacific region, behind China and Japan.

For Dentsu Aegis, it’s the second significant acquisition in a week. Earlier it purchased a majority stake in India’s WATConsult.