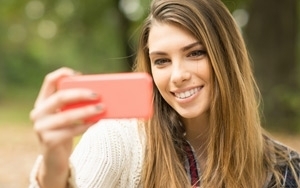 That millennials are mobile crazy has been well established. How this obsessive behavior is affecting their broader media habits is less understood.

New research now suggests that the mobile myopia of 18- to-34-year-olds is clearly cutting into their time with other media channels.

Today, 77% of this closely watched generation use a smartphone daily, according to new findings from Millward Brown Digital. That far exceeds the mobile habits even of Gen Xers — 60% of whom check their smartphone daily.

Rather than multitasking, however, millennials appear to be spending significantly less time with their TV and computers. On a daily basis, 77% are watching TV compared to 86% of Gen Xers, and whopping 91% of Baby Boomers, MBD found.

Meanwhile, 58% of millennials are firing up their laptops or desktops at least once a day, compared to 67% of Gen Xers and 71% of Boomers.

“With such marked differences across generations, marketers need to ensure that their … investments match their audience’s screen preference,” McGoldrick notes in the new report.

Mobile use appears to have limits even among millennials, however. According to MBD, all demographics prefer bigger screens when sitting down for tasks that require more than 10 minutes of their time.

For its findings, MBD surveyed more than 1,000 respondents in the U.S. who reported owning or having access to a smartphone or tablet. Generation X encompasses adults ages 35 to 50, and the boomer generation consists of adults 51 to 69.