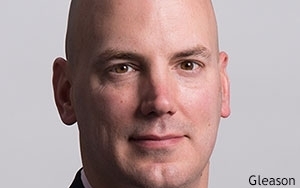 WPP's programmatic media-buying unit, Xaxis, plans to focus on "programmatic direct" ad buying in 2015, according to Brian Gleason, newly appointed CEO of Americas at Xaxis, a new position at the company.

This echoed what David Moore, president of WPP Digital and chairman of Xaxis, told Beet.TV earlier this year: That Xaxis would focus on private marketplaces in 2015, noting that the company would be moving away from RTB (real-time bidding).

However, the company nearly steered clear of open exchanges and RTB altogether.

Gleason, who was promoted from his position of managing director of North America at the beginning of the year, told Real-Time Daily that Xaxis won't abandon the ad exchanges and RTB. However, he acknowledged that up until a few months ago, Xaxis was "almost led down that path."

"People started to think that the challenge was purely on the open exchanges," Gleason said, noting that a recent study from the ANA is what helped change the narrative.

That study from the ANA, released in conjunction with White Ops, found that marketers were on pace to lose $6.3 billion to bots in 2015.

"It's not just the open ad exchanges that have a bot problem; the report also notes that premium publishers can be infected as well," wrote Real-Time Daily when covering the ANA-White Ops report. "One CPG brand purchased 230,000 impressions from a premium U.S. media company, per the study, but 19% of the inventory purchased was fraudulent."

Gleason said clients typically tell Xaxis to buy whatever inventory they choose -- which represents the industry's general shift toward audience-buying regardless of content -- so long as the inventory is viewable and bot free.

"You can get those things in an open market if you have the right precautions and tools to do so," said Gleason. "That’s one thing the ANA showed."

While Xaxis' near decision to nix open ad exchanges is intriguing, it does not mean the media-buying unit is now all-in on RTB. As noted above, RTB will become less of a focus for Xaxis in favor of "programmatic direct" technologies.

Recent projections from eMarketer indicate that programmatic direct is expected to account for 42% of all U.S. programmatic ad spend by 2016, up from just 8% in 2014. In other words, Xaxis is not the only programmatic media-buying firm looking to make the switch.

Gleason noted that Xaxis is interested in programmatic direct because having a direct relationship with publishers -- and being able to place tags on pages -- will help with verification, another area the company is focused on in 2015.

He quipped that while the premise behind audience-targeting based on Big Data and complex algorithms is "phenomenal," it means "nothing" if it can't be verified.