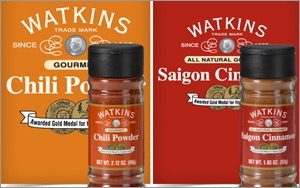 Winona, MN-based J.R. Watkins Co., known for its natural gourmet, home and personal care products, has selected Minneapolis-based Mithun as its new creative ad agency. There was no formal review.

It wasn't clear if the client previously had a designated AOR. Olson. also based in Minneapolis, did project work for the client but was not its agency of record.

Mithun is tasked with developing integrated campaigns for the 147-year-old brand whose portfolio includes an array of bath, body, health and home care products.

The new assignment comes as J.R. Watkins has experienced significant growth in the past five years, according to the company, doubling sales and partnering with national retailers such as Target, Menards, Whole Foods, Kroger and Rite Aid.

The firm cites recent Nielsen sales data that indicates Watkins is now second-ranked in the extracts business, led by its flagship Watkins Pure Vanilla Extract and  seventh-ranked in the liquid hand-soap category. J.R. Watkins has also expanded in Canada by aligning with Loblaws Supermarkets and Shoppers Drug Mart.

J.R. Rigley, President and Chief Marketing Officer of J.R. Watkins, said, “We’ve been able to build upon J.R. Watkins’ door-to-door roots, while expanding into the retail space and broadening the range of products we craft. During such periods of transformational growth, it’s important to have the right partners at the table, which is why we selected Mithun as our new Agency of Record.”

The win follows the recent rebranding of Mithun, formerly known as Campbell-Mithun, which is part of Interpublic’s McCann Worldgroup.

Commenting on the appointment, Denis Budniewski, Mithun’s Director of Account Leadership and Growth, said, “Our companies have thrived during times of economic uncertainty by continuing to reinvent ourselves while remaining true to our roots. We are already fast at work developing strategies to deepen the connection J.R. Watkins has with its loyal enthusiasts while introducing the iconic brand to new audiences across North America.”

The shop’s first creative work is expected to break later in the first quarter. Watkins’ U.S. ad spending totaled $29,000 in the first nine months of 2014 according to Kantar.

Watkins was acquired by entrepreneur Irwin L. Jacobs in the 1978. His son Mark is now CEO of the company.

This story has been updated--a previous version referred to Olson as the incumbent AOR. While it did project work for the client, it was not agency of record for Watkins.