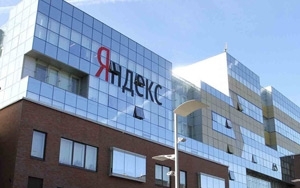 Yandex has filed an antitrust complaint with Russia's regulators to investigate the possible violations of antitrust laws against Google over search on Android.

Google recently said it would shutter operations in its Russian engineering department after the government cracked down on Internet freedoms. The Russian parliament asked Google to remove more than 25 links from its search engine in 2013.

Yandex holds about 60% share of the overall search market, but on mobile that drops to 44% on devices running the Android operating system. The company's search engine also runs on devices from Apple and Microsoft.

The company also has made inroads with technology running on Android and iOS devices, releasing a mobile application earlier this month that helps drivers in Moscow find a parking space and pay for the service without leaving their car.

The Yandex Parking app tells drivers where to find a parking spot in more than 6,000 municipal parking areas on a map, with information about the availability of vacant spaces updated every 10 to 15 minutes. It also shows parking fee rates and provides a choice of easy payment methods from within the app.