Tax Refunds? Consumers Want To Save, Not Spend 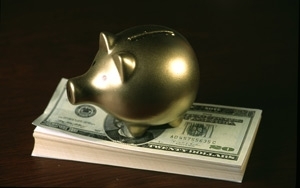 Don’t expect consumers to race to the malls to spend their tax refunds this year. A survey from the National Retail Federation reports that of the 66% of Americans expecting some cash back from Uncle Sam, most intend to save it. Overall, 47% say they intend to sock it away, making this the most popular option. This is the highest savings level since the NRF began the survey back in 2007.

The survey, taken by Prosper Insights and Analytics, reports that overall, 39% intend to pay off some debt, and 25% think they will use the extra dough on daily expenses, with 13% saying they intend to spend on a vacation, and 11% looking to make a big purchase, such as a car.

“Americans are thinking of the future, and remaining financially secure is a big part of that,” says NRF CEO Matthew Shay, in its release.

The poll reports that 64% of consumers plan to file their taxes online. Some 37% of the sample say that they intend to do their own taxes with software. (And in an indication that people are becoming more e-savvy than ever, the Internal Revenue Service reports that visits to its site are already up 20% compared with last year.) About 22% in the NRF survey say they will rely on an accountant, and 18% think they will use a tax preparation service. Women are more likely to get outside help, as are older consumers.

About 24% of consumers have already filed, 36% plan to file by the end of February, and another 25% intend to get taxes done by the end of March. And 16% say they will likely wait until April.