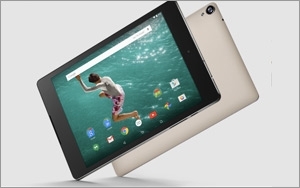 Perhaps not surprisingly, social media brands generate the most social buzz. A new report from textual data analysis consultancy Infegy, gauges the 50 most popular brands last year based on mentions and sentiment, via its Infegy Atlas analytics platform.

The Report looks at chatter about some 800 brands to determine which get the most buzz, including positive and negative comments for each brand, purchase intent, and topics that come up for each brand.

Google is at the top of the list for the second year. Twitter is second, followed by Facebook. Apple is in fourth place, driven by September and October data around the iPhone 6 launch, but total conversations were down 32% compared to 2013. Tumblr is in the 5th place spot.

At 86% positive conversations, Disney, at 6th place, also had the most positive brand sentiment. CNN experienced the most negative brand sentiment, with 52% negative. Chevrolet saw the biggest change in ranking, dropping 13 spots to No. 46, while Chipotle experienced the biggest increase, moving up 10 places to No. 30. At the bottom of the list are GE, Fox, Soundcloud and Harley-Davidson

Rion Martin, marketing director at the Kansas City-based company tells Marketing Daily that the company applies text analytics to millions of daily posts from social and other channels, breaks it down and uses its own semantic math and machine learning to measure sentiment and intent. He says those measures are based not on individual words, like “like,” which could imply a lot more than to like something, but on context. Purchase intent, for example, would look both for words like “buy” but also for forward looking language.

He also points out that purchase intent numbers for social channels may reflect intent to purchase actual stock in the company.  Twitter purchase intent was 3% of mentions; Facebook's was 12%; Tumblr was 4%. Google was 22%. “Google has lots of product offerings, including, Nexus and smartphones [and Chromebook]. And we track financial ticker symbols for people talking about the stocks.” The highest purchase consideration, driven by the wearable fitness trend, was FitBit, at 40th place, but with 36% consideration.

Several brands benefit from one-time spikes that have an inordinate effect on their full-year buzz. Flappy Bird, the only digital game in the top 50, is a good example. The brand had one big spike early in the year and then flatlined. “You see a huge wave of viral activity that escalates its position,” says Martin. He adds that, in spite of the volatility of social buzz — Google, Facebook, Tumblr, and the rest of the top brands also have spikes and valleys — the rankings churn happens below the top-tier brands. “There are big changes outside of the top five mega-brands that people talking about all the time.”

What can marketers take from this? Not only competitive position versus other brands, but also positivity and negativity overall, says Martin. “It's great to have an experiential connection, for instance, but how does that translate into purchase intent? Also, the trend line shows where the momentum happens. You can look at seasonality.”