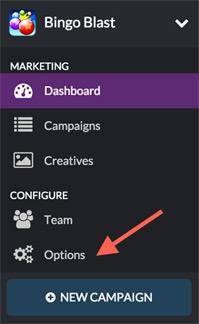 Toro, a company that helps developers promote their apps on Facebook, has been acquired by Google. The news was announced on the startup's Web site by the founders, who have begun to create a long list of acquired companies.

The Toro dashboard to monitor campaigns reports on revenue, app opens, registrations, and more through the Facebook SDK or using Adjust, per the company. The product road map meant adding mobile measurement service integration. The app tracks and reports on post-install metrics such as revenue, registrations, and purchases. In order to receive and display this data, Toro relies on third-party sources that marketers need to integrate into the app.

Amitt Mahajan, who cofounded Toro along with Joel Poloney, was responsible for product design and architecture of Zynga's "FarmVille," "Treasure Isle," and other company gaming properties. He spearheaded design and development on CityVille and architected new graphics engine currently in-use in that game, per his LinkedIn page. Poloney was the senior architect for Zynga. His previous company, MyMiniLife, was acquired by Zynga in May 2009. The technology from MyMiniLife went into the common game engine at Zynga, also known as the ZEngine.

"For our existing marketing customers, we will continue to optimize your campaigns and update your dashboards, though campaign creation has been suspended for the time being," per Toro's Web site. "We recommend working with an alternative Facebook PMD for new campaigns going forward. For reporting customers, your reports will continue free of interruption."

It's not clear where Google will take the technology, or whether the founders plan to remain with the project.

As for Facebook, the company estimates it supports about two million active advertisers, per Ben Schachter, analyst at Macquarie Securities. In a research note he compares the dynamics of relationships between advertisers and Google, and advertisers and Facebook. He estimates that Google has approximately four million advertisers, potentially more, because the company doesn't disclose its international advertiser numbers. To put this in perspective, Schachter writes, Twitter announced in November that it had 60,000 advertisers.