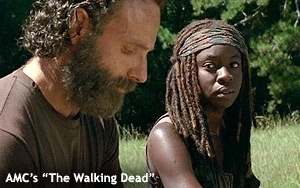 Stronger-than-expected advertising revenues at AMC Networks were posted in the fourth quarter, due to its original programming.

Ad revenues grew 24.3% to $255 million. AMC’s “The Walking Dead” is a big factor -- the show continues to be TV’s top-scripted series among 18-49 viewers. So is the inclusion of BBC America into its fourth-quarter financial results.

International networks -- primarily as a result of its acquisition of Chellomedia -- grew to $110.3 million from $17.9 million in the fourth quarter of 2013.

AMC's stock was up 2.2% to $70.69 in early-day trading. Analysts says the company’s profit and sales results beat expectations.