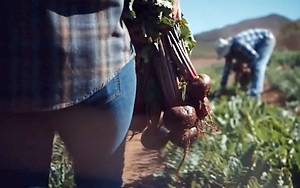 While Whole Foods Markets took plenty of lumps last year, it says its first-ever national ad campaign is building awareness and traffic, and that its new loyalty program is generating a response well above industry-average.

In a presentation for investors, it also tipped its hand about its aggressive new growth strategy.

Starting with the Values Matter TV campaign that launched in October, its advertising “seems to have resonated well with customers, seeing buzz/awareness double, with eight out of 10 customers having seen the ad in some format,” writes analyst Charles Grom, who follows the company for SterneAgee, in his write-up about the event. And the campaign is performing best in its key demographic: Adults 40 and under, with kids in the household.

Grom also reports that its new affinity program, available only in the Princeton/Philadelphia market so far, is already increasing purchasing frequency. Some 80% of those in the test are new to its communications database, and he says the company is reporting a 60% opening rate on its email, compared to single digits for other retail chains.

It was the Austin, Texas-based retailer’s first-ever analyst day, and the company outlined five areas of focus, including growth plans; sprucing up its existing stores; lowering prices, especially in produce, with more private-label offerings and tests in more than six markets; improving its branding/marketing; and big investments in technology and capabilities.

“We left Austin with even greater confidence that the team is rejuvenated and focused on getting back its mojo after a turbulent 2014,” writes Grom.

Not all observers are quite so bullish. “In our view, consumer loyalty is most inspired by retailers that can explain why they exist vs. just explaining what they sell, and we believe Whole Foods excels in this regard,” writes Deutsche Bank analyst Karen Short. “We believe very strongly in the Whole Foods concept, and continue to believe it will prevail in the long-run.” Still, she adds, the retailer is on a “Hold” recommendation. “The year ahead will be a transitional one.”

With 412 stores, the company’s stated goal is to achieve 1,200 units in the U.S. But the company indicated it could even expand beyond that, and that it doesn’t believe any market is yet saturated -- even New York, Boston and Chicago. There are 112 signed leases in place, which include expansion into 20 markets that are new to the chain. It also sees room for more growth in Canada and the U.K.