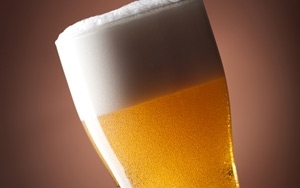 , doubling from just five years prior. The category is forecast to reach $36.3 billion by 2019, according to Mintel, a market intelligence agency.

As the craft beer category becomes increasingly competitive with larger companies and niche brewers alike entering the market and attempting to edge out established players, brewers have their work cut out for them, says Mintel Food and Drink Analyst Beth Bloom.

“This suggests that new drinkers may take a couple of years to become interested in craft beer,” Bloom says in a release. “The appreciation of the craft nature of the category is evident in the fact that drinkers of craft offerings are significantly less likely than drinkers of regular domestic beer to say the purpose of drinking is to get drunk.”

The steady growth of the category is due in part to the 55% percent of respondents who report that they are willing to spend more for craft beer than non-craft. That willingness can be linked to strong ties between craft beer and personal image.

Fifteen percent of those surveyed are influenced to try a new beer when they see people who are similar to themselves drinking it, and 44% of craft beer drinkers say it is a source of pride to try as many different kinds of beer as they can.

The majority of beer drinkers ages 22-34 say the brand and style of beer you drink says a lot about you, showcasing the value this group places on image. Furthermore, craft beer drinkers overall are more likely than those who drink non-craft to say they are knowledgeable about beer, and 53% like to share their knowledge of beer with others.

Craft drinkers hold out for style and are open to new products. While brand awareness rises to the top of factors driving purchase among overall beer drinkers, craft beer drinkers are a bit more discerning and most likely to say beer style -- such as an IPA or stout -- is important in product selection, Bloom says.

“This focus on style and flavor is a major element that differentiates a craft beer drinker from the rest.” Among the top factors that craft beer drinkers consider when making a beer selection are style (51%) and full-bodied flavor (44%).

Drinkers of craft offerings are more likely to try new products based on styles they are familiar with (48%). Falling in line with their interest in beer style, craft drinkers indicate the influence of on-package product descriptors on purchase decisions (31%). So while they are open to trying new products, they seek some degree of guidance and familiarity.

Millennial beer drinkers are significantly more likely to select products they’ve never tried before and to take recommendations from store employees and friends (24%). Other factors that influence craft drinkers decisions to try a new beer include familiar taste (32%), and familiar terminology on the packaging (30%).

Some 13% of craft beer drinkers say they select a product that looks cool when the kinds of beer they typically drink is not available. Younger drinkers are a bit more demanding when it come to their beverages and look to get a little more out of craft products, including mood enhancement (33%) and looking cool in front of others (18%). Eight percent of craft drinkers say label/packaging design is important in their purchase decision.