Recalls Affect Perception, But No Profound Effect On Consideration 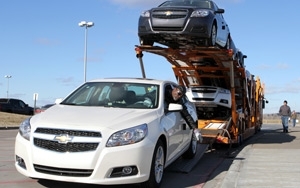 You can throw a stick and hit an automaker who has had a major recall in the past couple of years. Many of those have been pro-active recalls — better to do it yourself than have it done to you. General Motors is, of course, the poster child, having recalled some 28 million vehicles around the world.

In the U.S., recall fever has affected some 15 brands and 7 million vehicles. Global marketing services firm Phoenix Marketing International (PMI) took the consumer pulse stateside last year, gauging sentiment among in-market car shoppers using both its Ad Audit product, and social media intelligence firm Infegy's online consumer dialog. The ad audit is an ongoing monthly tracking program conducted online among those in the market for new vehicle, per Brian Marone, VP of the automotive practice at Rhinebeck, N.Y.-based PMI. “We test ads and brands among those people, the majority of whom are near-term intenders.”

The study finds that media attention of recalls raised awareness to between 50% and 60% of shoppers last year, partly from the continuing issue with GM and recalls around seat-belts (Ford) and airbags made by Japan-based manufacturer Takata. The airbag recalls alone involved several brands, and nearly 11 million vehicles worldwide, with Honda hit hardest, with 5 million vehicles recalled. Toyota was a distant second.

The study finds that consumers were most aware of GM's recall issues, then Toyota, Chevrolet, and Ford. In December BMW, Lexus, Acura and Cadillac were the brands most mentioned. Rion Martin, marketing director at Infegy, tells Marketing Daily that the study found a bigger recall-perception impact among domestic brands. “The domestics definitely have tougher time recovering because there is the perception that they have had more recalls and are in the media more often, even though the domestics are more reliable and durable now, there's negative stigma.”

But while brands with higher numbers of recalls, and multiple announcements, received more negative attention, the severity of impact to the overall brand was rather unpredictable, per the firm. For instance, although Honda saw the biggest impact around the airbag issue, year-over-year perceptions of quality for the models that were recalled remained flat, and negative sentiment for Honda only increased by two points.

But Mazda, the firms discovered, got the most attention in proportion to the number of cars recalled, with 13 mentions for every 50 cars, per Marone, who says the culprit was Mazda's regional focus for its handling of the issue: Mazda limited the recall to the Southeast because of humidity’s contribution to airbag failure. Mazda received lower scores on quality and sentiment than the other brands that did not limit recalls to the Southeast region.

The study found that, generally, consumers with longer purchase horizons — those looking to buy in 24 months — were more aware of the recalls. Says Marone, “One of the questions was related to purchase consideration, and certainly our data showed it can have effect on consideration, especially for those having a long-term purchase horizon, because [that shopper] has more time to see how it plays out, and how the automaker recovers.”

Those considering import brands seemed more aware, as well. “Our hypothesis is imports have a better quality reputation than domestic brand,” says Marone, adding that import-brand having recalls consequently have a bigger surprise factor.

The study also found that consumers are becoming more aware of the role of suppliers in the design and assembly of critical vehicle components. This raises issues for manufacturers in handling recalls in a way that maintains consumer trust in their brands as well as key suppliers.