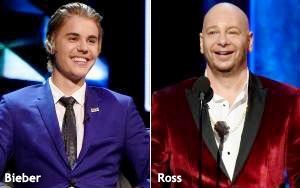 Comedy Central’s “Roast of Justin Bieber” made a big impression in social media both large and small.

This highly anticipated roasting of Bieber aired twice on Monday night. The next day, Comedy Central released some Big Data about the big show.

The sources of other data reflect the many means at a TV network’s disposal for reporting on viewership on the day after a show airs. Of course, it’s not only viewership anymore -- it’s also about social-media “buzz” and engagement.

“The #BieberRoast ignited a social media frenzy that led to the Roast becoming the #1 most social show on ALL of television last night amassing over 1.3 million mentions and more than 41 Roast-related trending topics, worldwide and in the United States,” the press release said.

And lastly, the press release said: "Close to 2 million people generated over 3 million posts, comments, likes and shares regarding the Roast of Justin Bieber, aka #BieberRoast on Facebook (source: Facebook)."

All of this is great news for Comedy Central, which evidently worked very hard to generate pre-show buzz and set the stage for social-media activity during the telecast. It’s what media corporations are supposed to do these days and apparently the effort paid off for Viacom, which is a huge company.

For those of us in the social media realm who are just ourselves and not big companies, social-media buzz on a Viacom-sized scale is harder, if not impossible, to generate. However, I have found that even the little guy can reap some modest social-media benefits by glomming onto some big pop-cultural event such as this Justin Bieber Roast.

My own experience this week is a case in point. As it often does around the time that Comedy Central is promoting and airing one of its Roasts, traffic shot up for a blog I posted in 2009 about the comedian Jeff Ross -- who is famous for his celebrity-roasting skills and who appeared once again on this Justin Bieber Roast. The post was an interview with Ross in which he told me the story of how he came to make a notorious joke at Bea Arthur’s expense at a Friars Club Roast of Jerry Stiller in 1999.

I had contacted Ross that day in April 2009 because Arthur had just died, and I felt that this Ross interview, which included his personal memories of her, would make for a nice blog post that would pay tribute to her. The post has sat on my personal blog site TVHowl ever since, racking up page views for years, especially around Roast-times. (A warning about this joke: It’s funny, but filthy. You are forewarned.)

The source for my own personal “analytics” is Wordpress, where my blog originates. Of those 769 page views, 715 of them were for the Ross blog post, Wordpress says. Only one or two views resulted from my Facebook page and my Twitter account where I posted timely notices, with links, this week inviting anyone interested in Jeff Ross to read my six-year-old blog post about his Bea Arthur joke.

Wordpress says 304 visits resulted from unspecified searches on Google, Yahoo and Bing using “search terms” such as “jeff ross bea arthur joke” and the like.

Most interesting to me was the origin of the most clicks to my Jeff Ross blog. The lion’s share of visits this week came from Wikipedia, where the Jeff Ross bio contains a link to my blog post. According to Wordpress, the link was clicked on more than 300 times on Tuesday.

So for me, exposure on Wikipedia -- not Facebook or Twitter -- is what delivers the most visitors to my own humble blog site. I have no idea if this is meaningful, but there it is.