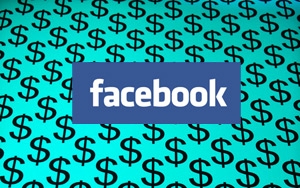 This year, global ad spending on social networks will slow to 29% -- down from a growth rate of 41% last year -- according to Strategy Analytics. On the bright side, advertisers are still expected to pump nearly $20 billion into social networks this year.

Facebook will soak up the majority of those dollars. In fact, thanks to forceful innovation in key areas like mobile and video, the giant’s global market position appears to be stronger than ever.

Going forward, however, Facebook’s nonexistence in China will increasingly cut into its bottom line. In turn, that could create opportunities for the company’s competition, according to Strategy Analytics analyst Leika Kawasaki.

“While Facebook currently dominates the global social network market, its absence in China allows local social networks such as QZone and Tencent Weibo to gain traction in the rapidly expanding Chinese digital advertising market,” Kawasaki explains in a new report.

Working in Facebook’s favor, advertisers were willing to spend more on U.S. social media users ($31.37) than consumers in any other country, last year. This year, that number is expected to increase by 27% to $39.84 per user.