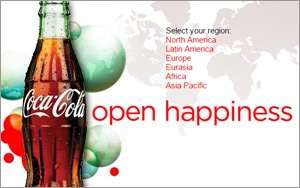 The Coca-Cola Company unseated Unilever as the most effective global marketer in the 2015 Effie Effectiveness Index.

Now in its fifth year, the Index recognizes the architects of the most effective marketing communications ideas from around the world, determined by their success in more than 40 national and regional Effie Award competitions. The competitions have been run by nonprofit Effie Worldwide since 1968.

In the Index's most effective brands category, Coca-Cola kept its No. 1 ranking for the third year in a row.

The top three most effective agency holding groups remained unchanged from last year, with WPP Group in top place (for the fourth consecutive year), followed by Omnicom and Interpublic. Publicis Groupe and Havas Advertising are in fourth and fifth place, respectively.

Sancho BBDO topped the global individual agency office rankings for the second year in a row.

Banda Agency regained the top spot in the most effective independent agencies ranking (it also ranked No. 1 in 2013).

The Index results are also broken out by region.

The organization points out that the 2015 Index reflects 2014 data for North America, and that the new North American data and rankings will be released in June, as usual.

The 2015 Effie Effectiveness Index was compiled from 3,136 finalists and winning entries from worldwide Effie Award competitions held between Jan. 1 and Dec. 31, 2014. This was the first time that the index rankings were calculated using a January-December qualifying period, in order to reflect success during a single calendar year. Previous rankings were tabulated over a June-to-June eligibility period.

The index is constructed by converting all Effie award winners and finalists into points: 12 for a grand Effie, eight for gold, six for silver, four for bronze and two for a finalist (with contributing agencies receiving half these points). All brands and companies are evaluated by expert industry judges and must prove that their marketing achieved compelling results, according to Effie Worldwide.