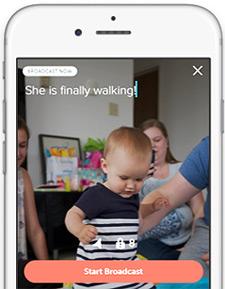 Despite their catchy names and early hype, most consumers couldn’t name a single live-video app. Yet, among early adopters, Periscope appears to be taking an early lead on arch-rival Meerkat.

Since late March, Periscope has left Meerkat in the dust, according to new findings from analytics firm Socialbakers.

At last count, in fact, Periscope was experiencing more than 10 times the activity of Meerkat, based on tweets analyzed from Socialbakers’ sample of 25,000 brand, celebrity, entertainment, and media company profiles.

Periscope owes its success to Twitter, which recently acquired the app. Indeed, Periscope began establishing its lead immediately after Twitter relaunched the app on March 26.

"We’re seeing that a lot of the content creators that were posting Meerkat live streams switched to Periscope once it was launched,” said Phillip Ross, social media analyst at Socialbakers.

Prior to Periscope’s relaunch, Twitter began cutting off Meerkat’s access to its social graph. “As an independent network, Meerkat has not thrived,” according to Ross. Determined to dominate the live video market, Twitter is reportedly pressuring celebrities and top publishers to use Periscope in place of rival Meerkat.

Despite Twitter’s aggressive efforts, “It’s too early to say for certain whether Periscope has won out, or whether buzz around live streaming apps will continue to build,” said Ross. “What we do know is that social video seems to be a lasting trend in the social world.”

While estimating that a more modest $7.7 billion will go to digital video, this year, eMarketer suggested that 2015 is shaping up to be the year that social and video truly converge.
apps, mobile, social media, twitter
Next story loading