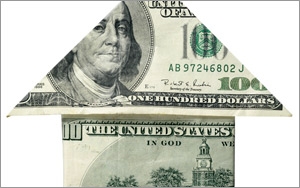 “Our revenue is up to slightly over 30%, partly due to the positive impact of exchange rates, and partly to the inclusion of Sapient since completing the acquisition," says Levy. "The main event of this early part of the year has been the completion of the Sapient acquisition, an event that gives Publicis Groupe a new strategic dimension while accelerating the Groupe’s transformation. The integration process is already underway and the prevailing spirit is excellent."

Publicis is reaping the benefits of its $3.7 billion Sapient deal, which officially closed February 6. Digital activities grew 4.7% and now account for 50.2% of total revenue. "In this new environment, I think it would be fair to say that our Groupe is ahead of the curve," says Levy. "With the acquisition of Sapient, Publicis Groupe has become the only global group present all along the value chain -- from consulting to marketing, from communications to commerce -- brought to life through an outstanding expertise in the most high-performing technologies."

Although organic growth was only up 0.9%, this percentage exceeded expectations, says Levy. "We expected organic growth to be slightly down this quarter, but, on the contrary, it is up almost 1%. This isn’t yet the growth rate we expect to see out of Publicis Groupe, but is nonetheless an encouraging return to growth."

Exchange rates had a $229.3 million (215 million euro) positive impact on revenue, as a result of over 50% of the Groupe’s revenue being in dollars and sterling, and due to the weakening of the euro against these two currencies by 21.7% and 11.4%, respectively. When exchange rates are factored out, revenue growth was 16.1%.

“I feel good about our currency situation,” says Levy. "Some clients in America are wondering whether to slow down and be more cautious due to currency effect," he said. “But when it comes to market share, you cannot wait -- otherwise market share would go to someone else. We expect our European [clients] to spend more, but we don't expect many cuts from our U.S. advertisers."

Results by region were mixed. North America saw its revenue grow by 44.9%. This growth, however, is tempered when acquisitions and the impact of exchange rates are factored out. Minus those two factors, organic growth was only 0.8% and digital activities were up only up 1.3%.

Europe, excluding Russia and Turkey, reported revenue growth of 21.3%, although when acquisitions and the impact of exchange rates are factored out, organic growth was only 1.7%.

France grew 4.2% and Germany saw 1.8% growth. Southern European countries reported positive growth of 2.7%, although this growth was achieved against a weak year-over-year of comparison. The UK, on the other hand, reported disappointing negative growth of -4.2% in Q1 2015.

Not surprisingly, Russia and Brazil organic growth dropped -10%. China dropped 1% due to the challenging luxury goods sector. At the other end, India grew 5.7%. The remainder of the world recorded growth of 4%.

"For now, we are gradually implementing our growth program," says Levy. "The second quarter will be better than the first, albeit with modest growth, as announced, that of the Groupe should be considerably stronger in the second half of the year.”