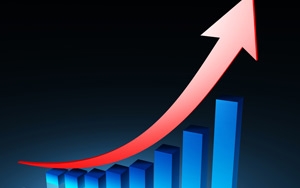 Despite the negative impact of foreign exchange rates, Omnicom Group posted a solid 5.1% gain in organic revenue growth, while reported revenues were down nearly 1% to $3.469 billion.

The strong U.S. dollar and weaker international currencies had a roughly $225 million negative impact on worldwide revenues (6.4%). Net income for the first quarter increased $3.6 million, or 1.8%, to $209.1 million.

Domestic revenue accounts for about 60% of the company’s overall business and, for the first quarter, was up 4.6%, while international revenue decreased 7.3%, due primarily to the foreign exchange hit.

Across regional markets, organic revenue in North America was up 4.8%. Omnicom CEO John Wren credited the company’s brand advertising units and particularly the media operations for the strong performance. Wren made the remark during a Tuesday morning call with analysts to discuss results.

Worldwide, new business wins totaled $1.1 billion. That does not include last week’s $300 million Bacardi consolidation of its creative and media assignments to BBDO and OMD respectively, which counts as a Q2 win.

Growth in the UK remained strong, with 9.3% organic growth. And Europe as a whole entered positive territory--2.7%--for the first time in quite a while, noted company CFO Philip Angelastro.  The Asia Pacific region was up 6.7% and Latin America posted a 3.4% gain, while Africa and the Middle East was up 10.6%.

Angelastro reported that programmatic revenues increased $40 million in the quarter, versus a year ago although the programmatic buy total for the period was not disclosed. The gain in programmatic from the fourth quarter to the first quarter was 10%.

On the upfront market, set to begin soon, Daryl Simm, CEO Omnicom Media Group, also commenting during the analyst call, said he expected “the continuation of a cautious approach by clients,” a trend that has been ongoing for the last 18 months.

Simm also said that clients are more focused than ever on ROI, and that while many clients are reinvesting dollars achieved through efficiencies, others are not. “Many clients are looking more at business measures,” he said, with “somewhat less focus on CPMs, reach and frequency.”

Premium video inventory is a category of significantly growing interest to clients said Simm. And while he noted the many sources that clients tap for it, he stressed that traditional networks are increasingly stepping up with multiscreen packages that clients can extract value from. Another trend, he added: more clients “look at plans, zero basing it each year.”

Asked about the rebate controversy sparked by a presentation at an ANA conference earlier this year, Wren stressed that “our media agencies in the U.S. do not seek rebates.” While buyers aggressively seek discounts, they are passed along to clients unless specified otherwise in contracts.

Wren noted that that the ANA and 4As have created a committee to look more deeply at the presentation made by former MediaCom CEO Jon Mandel, now CEO at PrecisionDemand. Wren said there was a “lot of innuendo” in the report and subsequent media reports which have confused the issue. “It’s not helpful,” he said.

This story has been updated to include remarks from Omnicom executives on a Tuesday morning call with analysts.