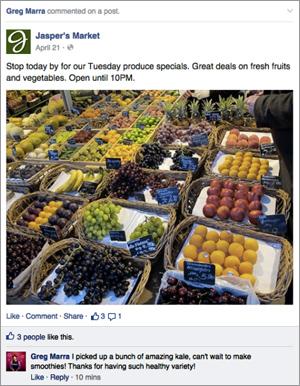 Thought your organic reach and referral traffic couldn’t get any lower on Facebook? Well, the social giant just announced more News Feed changes, which could send both metrics spiraling.

Particularly for users with a ton of friends, Facebook plans to prioritize personal status updates over other posts.

“We’ve … learned that people are worried about missing important updates from the friends they care about,” Max Eulenstein, a product manager at Facebook, and Lauren Scissors, a user experience researcher, explain in a co-authored blog post.

Yet, Eulenstein and Scissors assure that Facebook will remain a useful tool for the discovery and sharing of news and other publisher content. “If you like to read news or interact with posts from pages you care about, you will still see that content in News Feed,” they promised.

As for brands and publishers, the pair said the changes will affect Page owners in varying degrees. “The impact of these changes on your page’s distribution will vary considerably depending on the composition of your audience and your posting activity,” they note.

Like Google and its all-powerful search algorithm, Facebook can reshape marketers’ and publishers’ fortunes with seemingly small changes to its platform. The social giant is especially prone to tweaking its News Feed algorithm. For example, Facebook recently began giving greater consideration to posts’ timeliness and activity-based relevancy. As a result, users are now more likely to see “trending” stories in their News Feed, but only after a “friend” expresses interest in such a story.

Despite the frequent changes, Facebook has never been more popular among brands. In fact, Facebook adoption is virtually 100% among the top global brands, according to social analytics start-up Simply Measured.

According to internal figures, referral traffic to media publishers from Facebook has more than doubled in the past 18 months.