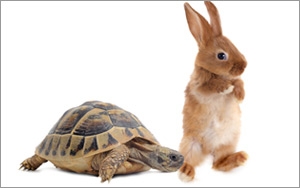 One hospitality brand described behavioral changes based on more consumers using their mobile phone to search for goods and services. The brand marketer said phone calls continue to rise -- not just from clicks on ads, but a variety of Google and Bing services that give consumers the ability to click on a phone number and call the business. This reflects statistics in a Q1 2015 report released by Merkle RKG.

Phones and tablets produced 42% of paid-search clicks and 32% of ad spend in Q1. Clicks from paid search rose 42% YoY, but tablet click growth slowed to 9% YoY. Those clicks are not just coming from paid search. Mobile devices now account for 45% of total organic traffic, and the majority of that traffic comes from phones, per Merkle RKG.

Here are some of the highlights in Merkle RKG's Q1 2015 report:

For retailers, combined Google PLA and Bing Product Ad click growth slowed from 51% YoY in Q4 2014 to 25% Y/Y in Q1 2015. Google Product Listing Ad (PLA) click growth slowed to 19%, but PLAs continued to produce an increasing share of retail paid-search clicks. For retailers, 35% of total Google paid-search clicks were produced by PLAs in Q1, and 59% of non-brand clicks.

Bing Product Ad traffic volume rose 467% year-on-year (YoY), but the company started from a much smaller base. Brands generated 9% of total Bing Ads clicks from the format and 17% of non-brand clicks.