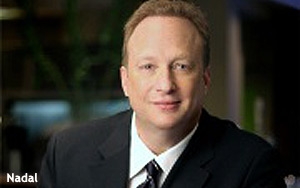 MDC Partners’ organic revenue growth surged 7.4% in the first quarter while its net loss widened sharply amid a controversy concerning improper expenses taken by company CEO Miles Nadal. After an SEC investigation, Nadal has agreed to return some $8.6 million to the company.

During the quarter, MDC incurred $5.8 million in legal fees and other expenses related to an SEC inquiry, although it will receive $8.6 million in the quarter ending June 30, 2015, related to the reimbursement of perquisites and payments by Nadal.

This matter grew from a subpoena issued last October by the Securities and Exchange Commission (SEC) seeking additional information related to the reimbursement of expenses by Nadal between 2009 and 2014 for items including travel and commutation expenses, charitable donations, and medical expenses.

MDC then formed a special committee of independent directors advised by Bruch Hanna LLP, as special independent advisor, and by Simpson Thacher & Bartlett LLP, as legal counsel. The Special Committee, through its counsel, received full cooperation from company management and board members, reviewed and analyzed thousands of documents, emails and other accounting information, and interviewed several individuals.

Nadal cooperated fully with the review, following which he has agreed to reimburse MDC $8.6 million, and the network will now adopt new policies regarding its private aircraft and travel and entertainment.

The company's prior chief accounting officer, Michael Sabatino, will transition to a new role in the company, in which he will work on special projects. While CFO David Doft will assume the additional role as the network's principal accounting officer.

Still, the SEC inquiry is not closed. The subpoena also requested production of documents related to the MDC's goodwill and certain other accounting practices, as well as information related to trading in the network's securities by third parties. Executives say they have been fully cooperating with the SEC and believe that the inquiries are at an early stage.

The company’s growth in the quarter was largely driven by $27.9 million of net new business in the first quarter.Total revenue increased to $302.2 million, up 10% from $274.9 million year-over-year.