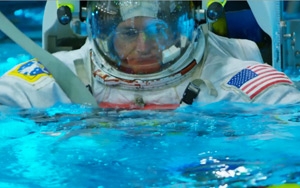 In the digital media era, magazine publishers are also video networks, and one of the biggest publishers is aggressively expanding its programming offerings. At its NewFront presentation, Time Inc. announced that it will debut a number of new series created under the aegis of brands including People, Entertainment Weekly, Time and Sports Illustrated.

People’s new lineup includes “Andi’s Apple,” starring former "Bachelorette" Andi Dorfman as she makes her way in New York City as a single ready to mingle; “The Bullseye,” a spinoff from Entertainment Weekly’s last page feature, in which host Tim Stack and sidekicks review the week’s celebrity goings-on with celebrity guests; and “Popography,” hosted by People and Entertainment Weekly Editorial Director Jess Cagle, which looks into the formative experiences and current lifestyles of one star every week.

Rounding out the celebrity offerings, “The Next Star Stylist” is a reality show hosted by style experts at InStyle, pitting ambitious stylists against each other for fame and fortune.

Another new program, “At The Table,” mixes pop culture banter with lifestyle and cooking tips, while “Building Hope” follows the work of Operation Finally Home, a program building mortgage-free homes for disabled veterans. Finally, “Social Currency: The New Famous” looks at the lives of social influencers who have achieved celebrity online.”

In addition, Time Inc. announced a number of new video distribution partners, including Amazon.com, where Time Inc. video will be available under Amazon Video Shorts; CBS Local Digital Media and its network of Web sites; Cumulus and its network of over 450 radio station sites, Gannett; and Nexstar Broadcasting, among others.