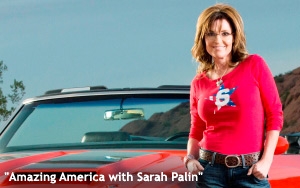 In an increasingly crowded upfront season, the presentations and get-togethers in New York have ranged from huge to intimate.

On the “intimate” side, there was an upfront event thrown Wednesday evening by the folks at Outdoor Channel (and co-owned Sportsman Channel and World Fishing Network) at a Manhattan barbecue joint.

Three channels comprise the Outdoor Sportsman Group, including Web sites and a group of outdoor-sports magazines, which is a subsidiary of Denver-based Kroenke Sports & Entertainment (KSE). Their approach to upfront season consisted of an event held at Texas-flavored Hill Country, the aforementioned barbecue joint. With trays of hors d’oeuvres flowing from the restaurant kitchen and servers presenting margaritas and mint juleps, this upfront event was more like a party. There was even karaoke, backed by a live band.

Outdoor Channel executives told Media Daily News they took this approach because they felt this sort of informal, after-work gathering would be an effective way to familiarize the New York advertising community with the programming and various media platforms the company had to offer.

Clips and sizzle reels of the three networks’ shows played on video screens over the bar and standing billboards for many of the same shows were positioned throughout the space.

No personalities from any of the company’s shows were on hand, however. If they had been induced to attend, they may have included actor Joe Mantegna, host of “Gun Stories” on Outdoor Channel; Willie Robertson of “Buck Commander,” also on Outdoor Channel, one of the stars of “Duck Dynasty” on A&E; Oliver North, star of “Saving Private K9” on Sportsman Channel; and Sarah Palin, host of “Amazing America,” also on Sportsman Channel.

Other shows on these cable channels devoted to the great outdoors include “Alaska’s Ultimate Bush Pilots,” “Limitless with Theresa Vail,”  a former Miss Kansas and expert bow hunter; “Jim Shockey’s Uncharted,” a hunting series filmed in some of the world’s most remote locations; and another hunting series, “MeatEater with Steven Rinella,” in which Rinella hunts, and then prepares a meal from the results.

The sales message delivered at the Outdoor upfront was brief, gracious and to-the-point. “Please consider Outdoor Channel, Sportsman Channel and World Fishing Network together,” said Jason Brist, the company’s executive vice president of advertising sales, about midway into the event.

“There is no one in the outdoor industry that can bring you three television networks, 18 Web sites, and 15 publications,” Brist said. “We own the outdoors, and our audience is different than the sports and male crowd that you’re going after with everything else that’s out there today.

“We bring outdoor enthusiasts and armchair adventurers -- people that live this outdoor lifestyle -- better than anybody else in this space,” he told the group of ad agency reps. “As you start to think about your particular advertisers and how you’re going to place your money, not just in television but also digital, social, print -- all of the various platforms -- the Outdoor Sportsman Group can bring that to you.”