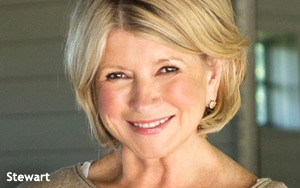 The deal has had a substantial impact on the company’s revenues. However, as intended, the deal is also enabling significant cost reductions.

MSLO’s total revenues fell by almost half, from $33.3 million in the first quarter of 2014 to $17.1 million in the first quarter of 2015, the company reported Tuesday. This decline resulted largely from a steep drop in publishing revenues, from $19.5 million to $5.7 million over the same period, reflecting the loss of ad and circulation revenues from the company’s flagship magazine, Martha Stewart Living.

Under the terms of MSLO’s 10-year licensing deal with Meredith, struck in October of last year, Meredith took over responsibility for business operations at Martha Stewart Living, along with its sister publication Martha Stewart Weddings and their Web sites.

Although the licensing agreement hands most magazine revenues over to Meredith, it has also allowed MSLO to sharply reduce costs at its publishing division, where operating expenses were down 65%.

MSLO’s broadcast operations have ceased to be a major factor in the company’s bottom line.