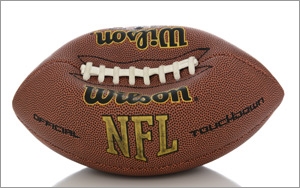 The conversation this month in sports could easily be who wins the Razzie Award for bad buzz among some of the major sports. While boxing was redeemed somewhat by the old-school fisticuffs between Canelo Alvarez and James Kirkland on Saturday night, the ball is still in the air for the NFL on whether the four-game suspension of New England Patriots quarterback Tom Brady will hit the League’s consumer perception. This will be the third major fumble in nine months for the League. That's per consumer perception research firm YouGov BrandIndex.

The firm notes that perception had been heading up for the NFL because of the draft, and that its levels of good vibes were higher than they had been since just before the original Deflategate playoff game in mid-January. NFL’s perception was slightly higher in the off-season last week than Major League Baseball, the National Basketball Association and the National Hockey League, the latter two in the middle of their playoffs, according to YouGov.

YouGov BrandIndex, which surveyed about 6,500 adults 18 and over, asking: "If you've heard anything about the brand in the last two weeks, through advertising, news or word of mouth, was it positive or negative?" There were big drops for the pigskin league. In the past seven days, the NFL’s Buzz score has dropped 31 points – from a 19 score to minus-12, per the firm. The scores range from 100 to minus-100.

The NFL really plummeted in September last year after the Ray Rice scandal and fell again by 41 points after January’s Deflategate story broke. The NFL’s lowest Buzz score was minus-42 on Sept. 24 last year.

The NFL is by far the most volatile League in the firm's Buzz barometer these days. By contrast, Major League Baseball and Major League Hockey have had the least volatility in perception and the higher overall positions, hovering around a 10 score.