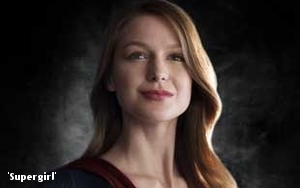 CBS is launching three new dramas and two comedies this fall, and will probably lead all networks with the most upfront dollars in an overall marketplace estimated to be down for the second time in two years.

But Les Moonves, president/chief executive officer of CBS, was upbeat in speaking at a pre-upfront press conference -- saying there will be a lot more buying by TV advertisers on CBS making deals that are guaranteed on the average commercial ratings plus seven days of time-shifting (C7). Most national TV advertising deals are still based on C3 deals.

CBS, and other networks, will find it harder to make revenue gains. Analysts are predicting that the total TV upfront advertising market could be down this season in dollar volume — anywhere from 3% to 7%. The total national prime-time TV advertising market was around $20 billion a year ago.

But CBS isn’t changing much for the upcoming season -- returning five new first-year shows of a year ago, the most of any network. However, the network will take some chances, changing Thursday night, adding two comedies, and taking on a somewhat non-CBS action-adventure show “Supergirl” on Monday night.

Starting off the season, on Mondays, “Big Bang Theory” will go at 8 p.m. before moving to later in the fall to Thursday night in the same time period after the NFL “Thursday Night Football” season is completed. This is the same move that CBS made a year ago.

At 8:30 p.m. CBS will add a new comedy, “Life in Pieces,” a single-camera comedy about one big happy family that deals awkwardly with big milestone moments.

Later in the fall, both shows will move to Thursdays to be replaced by a new version of “Supergirl,” which will start at 8 p.m. on Monday -- after the early NFL football season games are finished.

On the surface, “Supergirl” may not appear to be a CBS type of show. “How does SuperGirl go to CBS?” asks Nina Tassler, chairman of CBS Entertainment. She says the show is a good fit because it's about a girl who is an underdog but embraces her potential. “She was a hero we could root for,” says Tassler.

After “Thursday Night Football” ends in the fall, CBS will offer up a new night of comedy. “Big Bang Theory” and new show “Life In Pieces” will run at 8 p.m. and 8:30 p.m., respectively. Returning show “Mom” will go at 9 p.m. and then new show “Angel From Hell” -- a streetwise “guardian angel” played by Jane Lynch who insinuates herself into a woman doctor’s life -- will run at 9:30 p.m.

CBS will add two new dramas at 10 p.m. on Tuesdays and Wednesdays.

On Tuesdays at 10 p.m., “Limitless” is about a man who discovers the brain-boosting power of a mysterious drug and is pushed by the FBI to solve complex cases for them. On Wednesdays at 10 p.m, “Code Black” is a medical drama from the busiest, most notorious ER in the nation.

CBS’ second season worth of “Thursday Night Football” continues to benefit CBS in terms of promotion of new shows, as well as helping cut back on repeat programming. CBS says it added 62 hours of original programming to the season because of prime-time NFL programming.