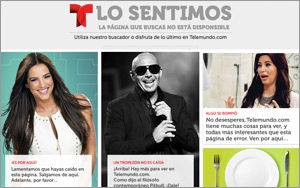 The Web series, called “El Maestro: Unplugged,” gives three up-and-coming singers the chance to work with Luis Enrique, who will give them advice on making it in the music industry. Along the way viewers will see Luis Enrique driving the new Kia Sorento, and every episode will include an artist discussing their dreams of fame while on the road in the Kia Soul.

The program also features on-air promotions and various digital elements in support, including a Kia-branded custom landing page for the show on Billboard En Español, as well as weekly social media posts on Facebook, Twitter and Instagram.

The first episode aired May 21 and the series finale is scheduled for June 11, with three episodes a week over that period.

Spanish-language TV networks and marketers have been ramping up product integration and branded content in a range of live and reality TV programming. In March, Dr. Pepper joined forces with Telemundo for its “Try Something New” campaign, including on-air integrations with popular hosts and celebrities. The campaign, developed by Telemundo with Dr. Pepper’s agencies Initiative LA and Identity, targeted U.S. Hispanic millennials and aimed to build brand awareness for Dr. Pepper.