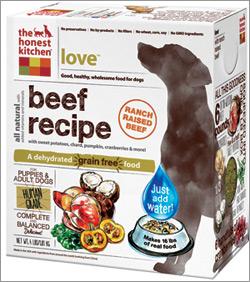 The Honest Kitchen previously worked with Made on a project basis. Made did not participate in the pitch.

“We are excited for this partnership because we're impressed with The Honest Kitchen approach,” said Steve Red, President and Chief Creative Officer of RTO+P. “The team at THK put their hearts and souls into making pet food of uncompromising standards. There is arguably no better brand to be working alongside within this 21 billion-a-year industry.”

The first work under this new partnership is expected to debut in August. While agency executives decline to discuss specific themes or concepts, they say they are moving the brand into a different direction than earlier campaigns. In 2012, for instance, the brand raised eyebrows with its provocative campaign that pushed boundaries with its images tied to taglines, such as “Is that a banana in your pet’s food (or are you just pleased to see us)?”

“They showed a deep understanding of our business and offered creative solutions that went above and beyond our expectations,” said Mike Steck, Chief Marketing Officer of The Honest Company. “We look forward seeing their ideas come to life for our brand.” Founded in 2002, the privately-held company is based in San Diego and produces all-natural, dehydrated, human-grade whole foods for pets.