Subway Latest To Jump On 'No Artificial Ingredients' Bandwagon 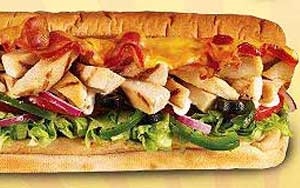 Subway has committed to removing all artificial flavors, colors and preservatives from its food by 2017, the chain announced in an interview with Associated Press.

That makes Subway the latest in a quickly expanding list of both fast-food chains and mainstream consumer packaged goods brands to say that they’re dropping artificial ingredients or additives.

Last week, Taco Bell and Pizza Hut announced that they’re phasing out artificial flavors and colors. That was just 10 weeks after McDonald’s announced that it will phase out chicken raised with antibiotics used for human medical purposes.

On the CPG front, Nestle said this week that it will remove artificial flavorings from its DiGiorno and Tombstone frozen pizzas and Hot Pockets in the U.S. by the end of this year.

Also this week, The Wall Street Journal reported that whole-milk yogurts and dairy products are seeing a surge in sales, in part because they have a richer, more satisfying taste, but also because they are minimally processed — one of many signs that younger consumers care more about food being “natural” and “simple” than about calories or fat content.

Kraft Foods, General Mills, Campbell Soup and other major CPG makers have all recently reformulated some existing products, launched new lines, and acquired other companies in order to offer the less processed, additive-free foods being demanded by consumers.
As Subway CMO Tony Pace summed up to AP, simpler ingredients have become a “necessary condition” for satisfying consumers.

And while Subway’s rapid growth has been driven by positioning itself as a healthier, and more recently as a “fresher,” alternative to other QSRs, Technomic analyst Darren Tristano noted in the same report that Subway isn’t necessarily perceived as the healthiest eating-out option. Technomic estimated that Subway’s average per-location sales declined 3% in 2014.