Facing a wealth of negative PR as it continue 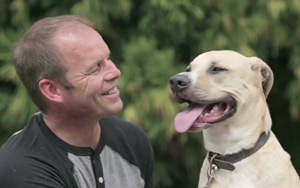 s to battle a class action lawsuit, Purina is highlighting the workers (and their dogs) behind its Beneful brand to illustrate that they care about the pets they serve as their customers.

A television commercial launching this week depicts employees from an Atlanta factory where Beneful is made. In the spot, they talk about the pride and confidence they have in the product. An operations performance manager named Tom declares: “After working here, there’s no other food that I would feed my pets.”

Says “Ingredient Unloader” Brandon: “There are no shortcuts. We go above and beyond to make sure you have top-quality dog food. My dogs love it.” Other shots in the commercial show the workers in the plant, measuring ingredients and evaluating food quality. “There’s a standard. And then there’s a Purina standard,” says another worker. The spot closes with a logo declaring, “I stand behind Beneful."

“It’s a unique approach that we hope will combat Beneful misinformation while showcasing the employees who proudly make one of Purina’s most popular dog foods,” a company representative tells Marketing Daily. “Those of us who work at Purina know how much science, care and quality control go into every single bag, and we think everyone else should know that too.”

The spot was created out of an internal rallying cry for the brand as it battles a class-action lawsuit. The suit, filed in February, claims Beneful contains harmful ingredients that have led to illness (and in some cases death) for thousands of dogs. Nestle Purina maintains the suit is “baseless.”

“The ‘I Stand Behind Beneful’ campaign captures employees using their own, non-scripted remarks to share their pride and confidence in the safety and quality of Beneful -- one of the most popular brands of dog foods in the U.S. — that has recently been under attack in social media,” the representative says.

In addition to the television commercial, the effort includes digital and print advertising (also showcasing the plant workers and their pets), including a full-page ad that ran in Sunday’s New York Times.