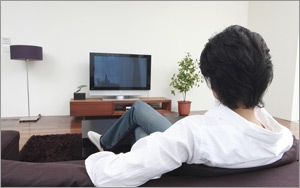 Just in time for the TV upfront market comes a new study that shows TV continues to be “most effective advertising medium.”

All media witnessed an overall 11.5% decline during this period, which the study attributed to fractionalization of media, due to new channels/platforms in the new digital world.

The study points to one telecommunications media plan noting if the advertiser had reduced its television budget by 20% and re-allocated those funds into online display, the advertiser would have experienced a 7% decrease in sales.

Adds Eric Blankfein, chief of WHERE at Horizon Media: “Horizon’s proprietary suite of planning tools and analytics has uncovered many of these hypotheses, and we are glad to see them drawn out through this detailed analysis served to confirm our perspectives. It answers many of the questions our clients bring to us every day.”