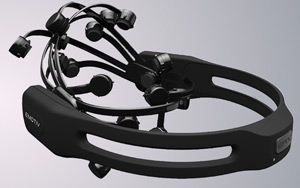 When it comes to testing commercials that work the best, researchers have long known that people aren’t always going to tell you the truth. Neuroscientists at Northwestern University are using a new method of brain research to get past that, focusing on both content and length of Super Bowl ads.

To get around that, Cerf and his team use tools like EEGs and fMRIs to observe the brain activity of people as they react to films and commercials, measuring what happens when they positively engage with content, or negatively. And while he concedes that many marketers have been burned by neuroscientific baloney, he contends that there is plenty to be learned by watching what does (and doesn’t) cause our brains to light up. “Much of what we learn can come from conventional research,” he says, “but brain research can take you an extra 10%.”

For the current study, the team rounded up participants who wore EEG caps for the Super Bowl, which recorded their brain’s electrical signals. A camera also recorded facial responses. And they answered questions in real-time as the game went on.

In the case of many of the ads, he says all three research methods produced similar conclusions about what participants did and didn’t find engaging. But in some ads, the brain data produced responses that were not evident in either their answers or their facial expressions, indicating a subconscious response they were simply unaware of. (Final results are still being written up.)

Brain research is more expensive than other methods. EEG systems can cost in the tens of thousands of dollars, he says, and they need expertise that does not exist in many companies. And he admits the sci-fi trappings are well outside the comfort zone of many companies. But he contends that if they can get past that, brain research can quickly pay for itself when the stakes are high: “If Budweiser could know that a 20-second ad is just as memorable and engaging as a 30-second one, that’s a million-dollar savings,” he says.

“There’s a reason engagement is such a big word right now — companies need to know when and how customers are engaging with their brands and their ideas. If you’re a small advertiser, this obviously isn’t the best method for you. But if you’re spending millions and millions, why wouldn’t you want to know which parts of your ads you can cut out, and which parts have the most impact?”