USGA To Fans: You're Not The Media 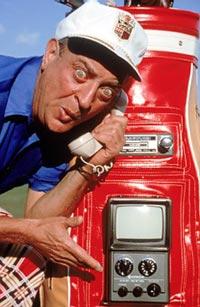 The organizers of the U.S. Open, the United States Golf Association, want to put fans back in their place.  Cell phones were allowed for the first time at the annual, storied tournament this past weekend. In fact, the USGA even provided complimentary WiFi so attendees could access the organization’s own much-upgraded mobile apps.

The new mobilization of the Open came with a number of restrictions, however. Taking calls at green-side, of course, was prohibited. But, to quote the USGA:While video streaming from mobile devices is strictly prohibited at chambers Bay, fans can take photos during practice rounds, and receive email and texts throughout the course.

That first part is of most interest in the new era of personal video streaming via Meerkat and Periscope. In fact, according to a CNN Money report, USGA officials planned to monitor video streaming sites as well as the major social channels like Facebook and Twitter for people at the tournament who might be posting streams.

USGA is trying to convince attendees that its own app is a superior way to experience the event. It offered three live streams of the action. “We believe that’s a much better viewing experience than having fan distribute the videos,” said director of PR Janeen Driscoll.

There are many issues to be unpacked here. Of course media rights owners are concerned about eroding the value of their property. But this is pretty much the same position formal news media was in a decade ago, when blogging showed its power to re-report (and monetize) everyone else’s news. And of course, there is a real need to maintain decorum in a sport where the fans are feet away from the competitors. Cell-phone restrictions are a logical extension of the many forms of etiquette already traditional in the sport.

Apparently golf tournament attendees are respectful of these rules. The USGA tested the new policy before implementing it and found that people generally complied. Well, consider the crowd at most of these tourneys. They are probably paying an obscene amount to be there (not counting the high price of those awful candy-colored slacks). I can't help but recall "Caddyshack," however. At some point Rodney Dangerfield is going to upset the club regulars.

The underlying tension in these attempts to control video streaming is, who really owns the live experience, the sport or the fan? In the traditional model of modern spectatorship, fans had an anonymized and limited participatory role, following a particular player and clapping during plays. And then of course they could buy the T shirt and preserve the tickets to prove they were there.

But social media has helped amplify and personalize the fan’s participatory role. Live streaming goes beyond mere Facebook posts about being at an event. It lets the user create a rival perspective on an event using the basic tools of broadcasters. And of course it mangles the media rights owners’ expectations of exclusivity and control.

Of course, that toothpaste is out of the tube, anyway. The media themselves ceded authority to social channels as soon as they started including these posts in their own reporting. You can’t validate these channels and the audience as legitimate news content and then disavow them as media just because you’ve got a licensing deal.

We don’t know where this is headed, but history shows that policing user messaging is a non-starter. There is a real issue at hand over who owns live experiences now that audiences no longer play the passive role once convenient, predictable and profitable for rights owners.