Networks In The Hunt For DVR-Proof Non-Sports Programming 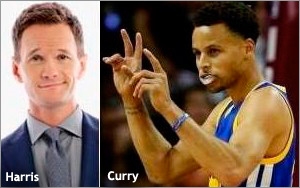 Inspired by the example provided again and again by live sports, the TV networks are trying to figure out how to apply the sports formula to non-sports programming.

Of all the commercial TV networks -- both broadcast and basic cable -- NBC seems to be the one that is most in the hunt for this Holy Grail of TV shows. So far, NBC’s most visible efforts are its now-annual live musicals -- “The Sound of Music Live!” in 2013 and “Peter Pan Live!” last year. The next one, due to air next December, is “The Wiz Live!”

Creating live programming that is so compelling that viewers will watch it when it airs, instead of watching it some other time via DVR or VOD, would seem to be the intention behind next fall’s most talked-about network TV experiment -- “Best Time Ever with Neil Patrick Harris” on NBC. It’s the live “event” show, due to air Tuesdays at 10 p.m. Eastern only for the first 10 weeks of the fall season, that will have the buoyant Harris hosting an hour of performances, magic, pranks, audience-participation bits, contests and heaven knows what else.

Some observers are criticizing the way NBC is planning to launch and schedule the show -- running it only for a limited time and then replacing it in November with a drama series, “Chicago Fire,” that is more typical of what the networks usually schedule in the 10-11 hour.

Others are praising NBC for trying something new -- a show that the network hopes will be so eye-catching and so talked-about on the morning after that millions will be unable to resist tuning in at 10 p.m. Tuesdays to see what Neil Patrick Harris will do next. And because the show is live, NBC hopes it will emerge as that most elusive species of all network programming, the DVR-proof TV show -- a show so compelling that watching it at some other time just won’t do.

Live sports comprise the most DVR-proof category of programming of them all, since the nature of sports is antithetical to the concept of time-shifted TV watching (except for those few who watch those “encore” presentations that sometimes air in the evening of Yankees or Mets games that were played that same day in the afternoon).

The hook for this blog post is the just-ended NBA Finals on ABC, which were up 29 percent in the ratings from the 2014 finals. Ratings grew throughout the six-game series between the Golden State Warriors and Cleveland Cavaliers that concluded with the Warriors win last Tuesday (June 16). Game 6 averaged 23.3 million viewers, with some of the highest demo ratings seen for any TV show in quite a while -- 8.8 (18-34), 8.9 (18-49) and 9.4 (25-54). The series was the most talked-about TV show of any kind during its run from June 4 through the 16th.

Why was this year’s Final so successful as a TV event? Most will point, correctly, to the series’ two contrasting, charismatic stars (both from Ohio) -- the youthful Stephen Curry of the Warriors and the battled-hardened legend LeBron James of the Cavaliers --  plus the overall high quality of the games, most of which were closely fought.

You might add that for all intents and purposes, the NBA Finals were the “only thing” on that was worth watching during those particular two weeks. June is always a slow month for TV, characterized mainly by the introduction of summer shows, both “reality” and scripted. Given the choice between the NBA Finals and, say, “The Briefcase,” on CBS, even non-sports fans chose basketball.

So can live non-sports programming conjure the same excitement? The simple answer is: No. Or, to be charitable: Not yet. “The Sound of Music Live!” on NBC in 2013 drew a total audience of 18.62 million -- which certainly emboldened the network to continue with these musicals the following year. Unfortunately, “Peter Pan Live!” drew only half the viewers of “The Sound of Music” -- 9.21 million. How will “The Wiz” do? Probably more on par with “Peter Pan” because, really, do you sense a groundswell of interest in a “Wiz” revival on the part of anyone? (I can see NBC’s promotional campaign now -- promo spots with the irresistible tagline “Nobody Beats 'The Wiz'.")

The fact is, there’s something about sports -- whether it’s the NBA Finals, the Super Bowl (or any NFL game when you come right down to it), or the Belmont Stakes when there’s a Triple Crown on the line -- that simply cannot be manufactured.