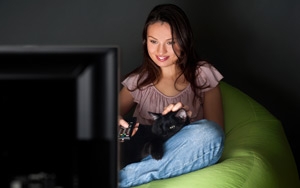 ABC, CBS and NBC are expected to ink some deals in the 3% to 6% cost per thousand viewers (CPM) range. Fox, which started up its upfront selling some days ago, is headed in the other direction -- offering pricing anywhere from flat to a 2% cutback.

Volume is still again expected to be lower this year -- down anywhere 5% to 10% from the $8.7 billion inked of a year ago. It’s expected the broadcast part of the upfront deal-making will probably be mostly completed by July 4.

In last year’s upfront, Fox grabbed 2.5% to 3.5% CPM hikes with ABC, CBS, and NBC averaging around 5% gains. A year ago this week, the broadcast prime-time upfront marketplace was virtually completed.

Looking at the other big national TV platforms, media agency executives warned that the cable television part of the upfront market may drag on through July -- at it did some years ago.

Many top 10 networks have seen continued erosion in viewership, which will put pressure on their prime-time pricing -- especially with TV marketers budgets being trimmed this upfront selling season.

No estimates have been revealed as to how much broadcast networks are actually selling this upfront season. Typically, networks might sell around 75% or so of their yearly inventory supplies.

But in weaker markets, TV networks tend to sell less commercial avails in the hope of better pricing in the in-season quarter-by-quarter scatter markets.

Broadcast network representatives had no comment or didn’t respond to inquiries by press time.