Our Brains On Trivia Crack: We Still Don't Get Gaming 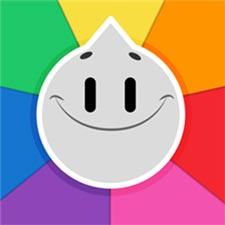 How do advertisers and media companies get a piece of that wonderfully obsessive behavior that is mobile gaming? That's the question of our age.

Gaming is a great humbler of traditional media. News providers and media theorists love to talk a good game about how digital platforms help democratize access to ever-tighter niches of information. Digital changed the media game altogether. It broke down oppressive regimes and made citizens into investigative journalists who could expose sordid abuses of power.

Yeah, yeah, yeah. Hey, did you see that Trivia Crack is issuing a sequel soon? Are you on Words With Friends?

Truth be told, interactive gaming remains in my mind the most substantial media innovation digital hath wrought in its first 30 years. It has fundamentally changed entertainment, invented new obsessive behaviors, and accounts for a considerable amount of time spent in front of TVs and on mobile devices.

It remains a hard nut for advertisers to crack. Old-world content providers would like to think they are competing with one another for attention on a phone or tablet screen, when really they are competing against Clash of Clans, Words With Friends and Candy Crush Saga.

Every user of these touchscreens is faced with a clear choice: tap the game icon in that idle moment, or check in on the latest world disaster by tapping on their news aggregator.

The metrics already tell us what most users choose.

The most-played game in the U.S., Trivia Crack announced this week it was giving both media brands and advertisers unique access to its forthcoming sequel. Publisher Etermax has partnered with iHeartRasio, Time Inc., History Channel, Sony Pictures as well as nonprofits like Greenpeace and the Red Cross to provide content for its next iteration, available in late August.

The idea is that these media entities will have their own channels of content. In the case of Time Inc., individual magazines like People, Sports Illustrated and Food & Wine will make the trivia question content for their own branded channels.

This is an interesting model in a few respects. Traditional media have never been very good at getting into the games business. On the Web, most of them jobbed a gaming section out to third-party providers, and then avoided discussing how these online “Arcade” sections were responsible for an embarrassing share of  overall usage. This Trivia Crack model lets them get into a game that already has massive appeal in order to leverage one of the most popular mobile behaviors.

The project also gives media companies an opportunity to promote themselves to a huge new audience and to expand their own ad inventory. Time Inc. says it will be able to sell ads direct into its own channels.

Obviously this kind of game and media combination is only feasible for some game genres. One can imagine a National Geographic partnership with Clash of Clans that provides real-world maps and lost civilization information during gameplay, but don’t hold your breath.

Personally, I always found most brand integrations in games unconvincing and corrosive to the game experience. Rewards-based systems and interstitial ads have had a resurgence on mobile platforms. Fine, but none I have seen feels natural. The immersive nature of the gaming experience is akin to feature film, and so even the mildest ad intrusions feel as welcome as ad pods in the middle of “Inside Out.”  (Of course, strictly speaking, any Disney/Pixar feature is a 90-minute long licensing exercise. Interestingly, however, few game franchises have become such licensing juggernauts.)

I say this knowing full well that I just invited at least a dozen pitches from platforms claiming that I haven’t yet seen how their approach “cracks the code.” No, really, it does.

I maintain that neither media nor advertising has ever fully appreciated just how important interactive gaming has been to the digital revolution. Gaming may be the digital era’s signature achievement in expanding the range of media experiences -- as important as film, radio and TV before it. And beyond co-marketing deals that resemble film tie-ins, I am not sure we are close to leveraging these experiences as marketing vehicles.

Part of the problem is that on some level, gaming’s popularity still embarrasses us. I am not sure we take it seriously enough as “media” to figure out the kind of marketing partnerships it requires. Right now, we seem to prefer when the experience is translated into something familiar, like Twitch. Then we know what to do with it: Crap it up with :30s.