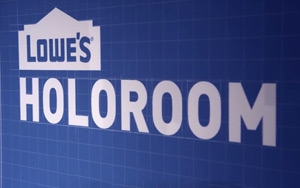 In its ongoing research on leading-edge consumers, GfK reports that while they may account for just 15% of the population, their demands are shaping the way the rest of the world goes shopping.

“These leading-edge consumers aren’t a demographic group,” says Sarah Gleason, SVP, shopper and retail strategy at GfK, “and less than half — about 45% — are Millennials. But as a group, they have a much bigger influence on trends.”

She says these consumers are found at the intersection of three different spheres: Early adopters, influentials and passionate shoppers. And smart omnichannel retailers, like Lowe’s, with its futuristic “Holoroom” that allows customers to envision room design, and Macy’s, with its fast-expanding delivery options, are recognizing how important it is to feed them a steady diet of omnichannel options.

As a group, she tells Marketing Daily, they tend to be younger, more educated, more affluent, more tech-savvy, more connected and more optimistic. But more importantly, they pose the greatest threat to brick-and-mortar stores. For example, 70% say “I can find 100% of what I need online,” compared to 44% of the general population. And 62% agree that traditional stores are much less important to them than they were a few years ago, versus 45%. They are more social, with 79% saying their social network is an important part of shopping information, and 85% report using omnichannel behaviors, in contrast to 74% of the average adults.

None of that is particularly surprising, she says. But what is unexpected is the pace at which these changes are occurring.

One notable trend in the U.S.—and different from much of the world, especially the Asia/Pacific region—is that, by category, the lower involvement by the shopper, the more important omnichannel options are to this group compared to others.

“When you are talking about buying consumer electronics, for example, you are investing a lot more research and energy into your choices, but probably much less so when something like a can of beans. You’re on autopilot.” In the U.S., “you see this big discrepancy. But when you go to China, the differences between the categories are much less great.”

The research, part of its ongoing “Future Buy” work, also finds that the use of showrooming in this group has leveled off, “and the real panic that it would somehow kill brick and mortar has dissipated. But it is still a challenge, and stores shouldn't think they are out of the woods.”

That’s why it’s key that stores look for ways to stay relevant, and provide as many opportunities as possible for customers to personalize their shopping experience. “This sense that something is “for me” builds loyalty, as opposed to feeling like just a number. That’s why they are less concerned about privacy and more willing to share information. They are eager to shape the experience.”

And more and more, that experience has to go beyond thinking of shopping as either digital or physical. “Amazon is now starting to build select brick-and-mortar stores, as is Birchbox,” she says. “It is not a one way direction. There will be a settling out, and I’m not sure there will be anything left that is pure play.”