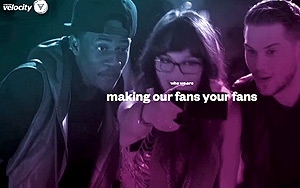 In the midst of challenging advertising results, Viacom has launched a new advertising sales division focused on social media and data.

Velocity Products Group will focus on multiplatform social partnerships with the likes of Snapchat, Twitter and Tumblr.

Viacom says it has doubled the number of advertisers using offerings from the Velocity Product Group, totaling more than 100 advertisers after this year’s upfront.

Elizabeth Herbst-Brady, who reports to Jeff Lucas, Viacom head of sales, oversees Velocity in her bigger role as EVP of ad sales strategy and products.

“Intense demand for our innovative products during this upfront season made it a strategic necessity to create a group singularly dedicated to evolving and developing our industry-leading offerings,” stated Lucas.