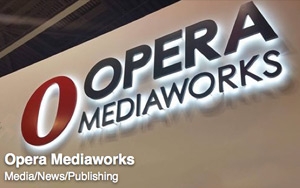 Opera Mediaworks, the mobile subsidiary within Opera Software, released their Q2 financial report on Wednesday, reporting revenues of $92.9 million, up 82% year over year from Q2 2014, but lower than expected.

Opera Mediaworks’ parent company, Opera Software, is looking for a buyer after adjusting their projected revenues last week. Reuters reports the firm is conducting a strategic review of their future, which could normally mean they are preparing for a sale or merger.

Working with 85% of the top grossing apps globally, the company reports three times quarter-over-quarter growth for campaigns worth $5 million and more and new account growth of 30%.

Much of the slowdown was occasioned by the non-instant play video technology which includes non-video format such as rich media and banner ads. Conversely, the instant-play HD (from the AdColony acquisition a year ago) video tech saw its revenue share double from Q1 to Q2.

Opera Mediaworks also announced the expansion of their instant-play technology--which may help mitigate the effects of the financial results--with a new marketing automation platform that will include fully-integrated analytics, A/B Testing, Advanced Player Segmentation, IAP Validation, and digital and physical rewards.

Sectors like tech, CPG, entertainment and financial services are driving brands to spend more on video. With that brand emphasis on video, Opera Mediaworks was able to snag some big customers, including Unilever, American Express, Google, ABC and Wells Fargo.

The company also partnered with Walt Disney Studios to promote summer blockbusters "Avengers: Age of Ultron" and Pixar’s "Inside Out," which both had big box office opening weekends.

Whatever happens with the sale, Opera isn't going to be leaving in a hurry. However, the upcoming iOS 9 and Windows 10 phone updates threatening stability.