Tinder Has A Tantrum: Or, How Not To Handle Bad Press 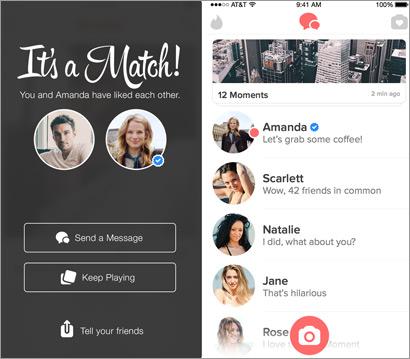 You know the smug feeling you get when something or someone you have stereotyped, generalized and otherwise sniffed at behaves precisely according to the role you have cast for them? That is pretty much what dating/hookup app Tinder handed the Internet this week.

An article in September’s Vanity Fair,“Tinder and the Dawn of the ‘Dating Apocalypse’” by Nancy Jo Sales, put Tinder and other next-gen dating apps at the center of what Sales described as a horrific turn in the singles scene. Hooking up is now too easy and too fast -- less like making real human connections and more like ordering mobile takeout. And Sales knew where to go for the money quotes. "'It’s like ordering Seamless,' says Dan, the investment banker, referring to the online food delivery service. 'But you’re ordering a person'."

Even though the article was about the behaviors and rituals that Sales thinks have emerged as a result of mobile dating, Tinder took it pretty personally. I imagine someone in the PR department decided to go on an epic 32 Tweet rant in which Tinder scolded, snarked and shamed Sales.

“Hey @nancyjosales — that survey is incorrect. If you're interested in having a factual conversation, we're here”

“If you want to try to tear us down with one-sided journalism, well, that’s your prerogative.”

“Next time reach out to us first @nancyjosales…that’s what journalists typically do.”

And then many more tweets that seemed to answer the article with a laundry list of the app’s benefits, safeguards and user love.

The joy of this, of course, is that a company took on the public voice of a hurt teen girl reverting to overly defensive, thin-skinned lash-out. Sort of like Donald Trump on a bad hair day.

The Internet loved this. The incident was soon described as a corporate “emotional meltdown.” The meme is already afoot: to “Tinder” is to over-rant in endless Twitter posts. I  can’t wait to have occasion to use the term “went full Tinder” to describe the next time this happens.

There are so many wonderful elements here. The Tinder poster assumed the article was all about them when it wasn’t, defensively turning all of the article’s arguments into allegations. Tinder strategists made the freshman mistake I've seen so many tech startups make since I started covering this scene in 1995: they actually think that the press is supposed to be an obedient extension of their PR.

None of which is to say the Sales article merits a defense. It is pretty much boilerplate tech alarmism, trotting out the usual academic support and hunting down the most loathsome characters (investment bankers -- really?) and extrapolating from there. Blaming technology for deeper social trends that long preceded the tech itself is as tiresome as it is shallow.

The company admitted to Huffington Post that it “overreacted.” On the other hand, Sales appears not to have contacted Tinder for any comment while writing this story. Even though the story is not about Tinder itself, the app figures prominently in the piece (and its headline). I think Tinder is right in saying Sales should have called, at least.

A case can be made that Tinder was successfully affecting the tone, posture and sheer narcissism of many social media denizens themselves. One HuffPo tech reporter suggests this may be the future of company PR.

Oh, I do hope so. The spectacle is too delicious. Watching a startup behave in public like your worst stereotype of an entitled Millennial is the kind of thing that righteous Boomers like me crave. Because I, too am a stereotype.